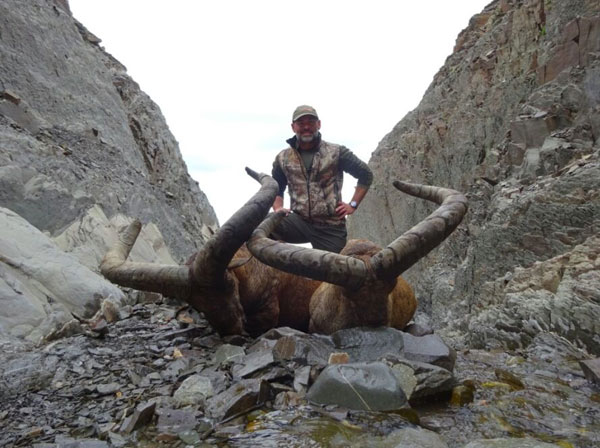 "Thank you so much for all the prep work. I feel like I’m being treated like a king when I book through Hunting Consortium. Thank you again for the wonderful and enriching experiences." -Kevin Ash 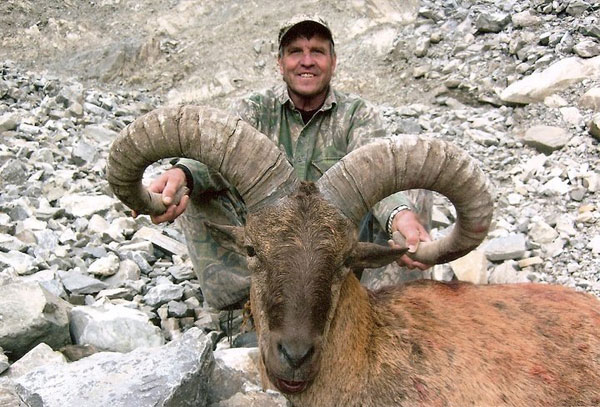 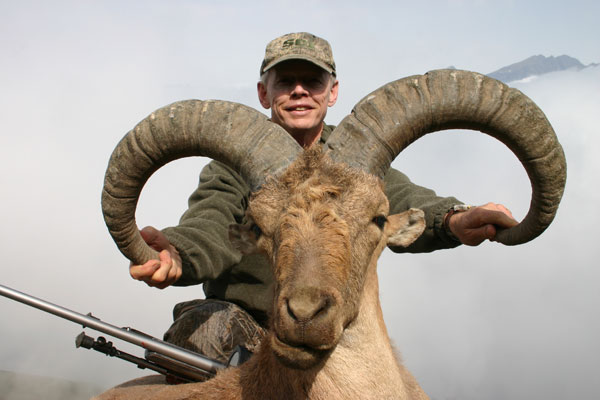 "5 Stars" The Hunting Consortium is the premiere hunting/travel consultant in the world today. I've done more than a dozen hunts with THC and they never fall short. I can't recommend Bob and Rob Kern and their efficient crew highly enough (and after more than thirty years of traveling and hunting, my standards and expectations are pretty high). -Dr. J.Y. Jones M.D.

The Republic of Azerbaijan was one of the 15 Soviet Republics which gained independence after the collapse of the Soviet Union in 1991. Bounded on the East by the Caspian Sea, to the West by Armenia, to the south by Iran and in the north by Georgia and Russia. Azerbaijan, which is a little larger that the State of Idaho is blessed with huge oil and natural gas reserves. Income from the petroleum and petrochemical industries has helped Azerbaijan establish good infrastructure, including a good road network. The capital, Baku, has all of the amenities of any big western city. A large part of Azerbaijan is covered by the rugged Caucasus Mountains, and home to the Eastern, or Dagestan Tur.

For the devoted mountain hunter, a Tur hunt in the Caucasus Mountains is a great challenge, not only for the interesting trophy, but also for the breath-taking scenery encountered during this adventure. The Caucasus Mountains are one of the most beautiful mountain ranges in the world and the Tur, which is only found there, is one of the largest of the wild goats of the world.

For trophy recording purposes, three varieties of Caucasian Tur, also referred to as the Caucasian Ibex, are recognized by the international hunting community. All inhabit only the most rugged mountains of the Caucasus, preferring open, precipitous terrain at the higher elevations, usually above the timberline. The combined population is roughly 25,000.

In the eastern part of the Caucasus Mountains, in the Republic of Azerbaijan, and in neighboring Dagestan (Russia), the Eastern Tur (Capra cylindricornis) is found. In body size, the Eastern Tur is slightly larger than the other varieties of Tur. The horns are significantly different, being smooth and rounded, and curving radically above and behind the neck. The horns of this variety of Tur tend to be longer and more massive than those of the other subspecies. Lengths of over 40 inches, while rare, have been recorded.

The Hunting Consortium Ltd. has been involved in arranging hunts in Azerbaijan since the country opened to foreign sportsmen in the late 1980s. Over this period of more than 20 years our hunts have yielded a near 100% success rate. Our highly trained Russian team, with the help of the best local guides in Azerbaijan have sent our clients home with outstanding trophies and pleasant memories of challenging mountain hunting. 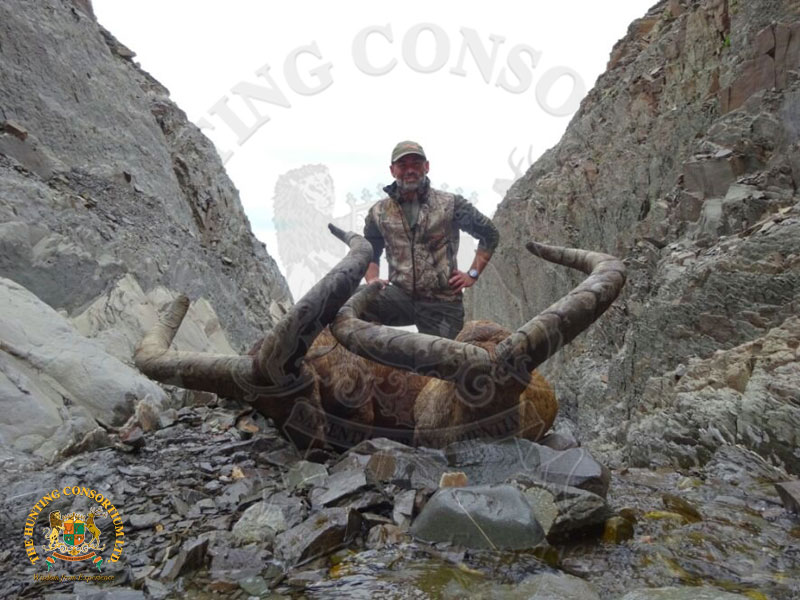 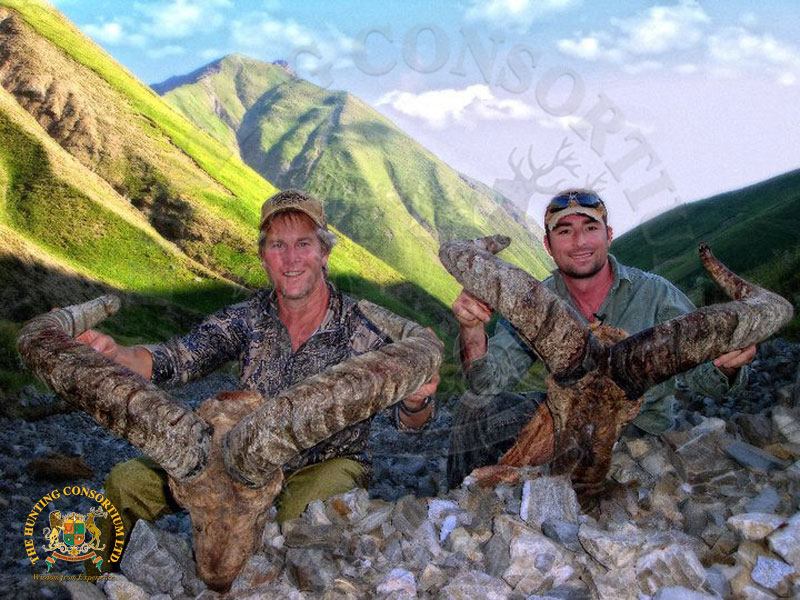 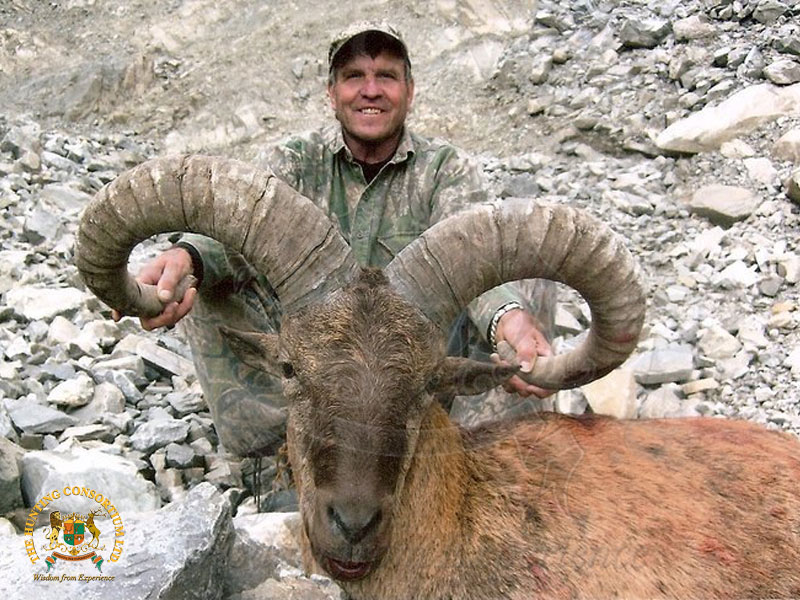 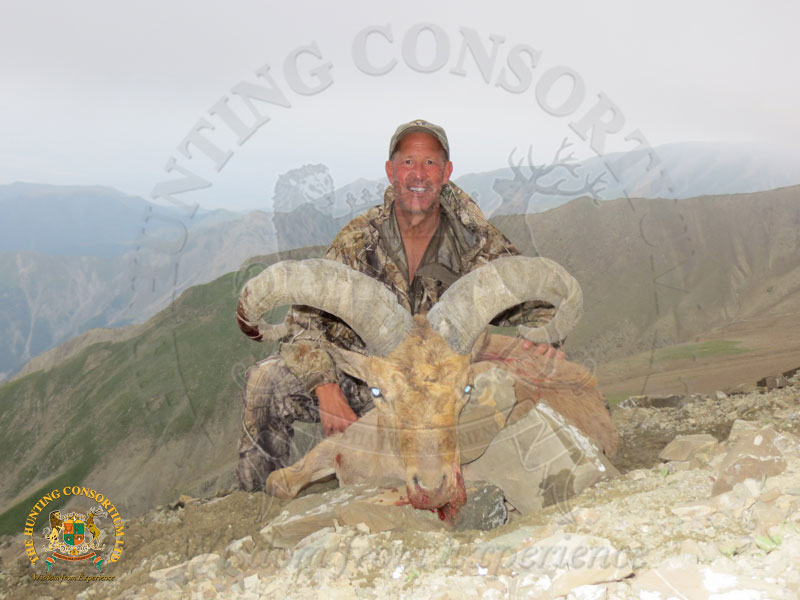 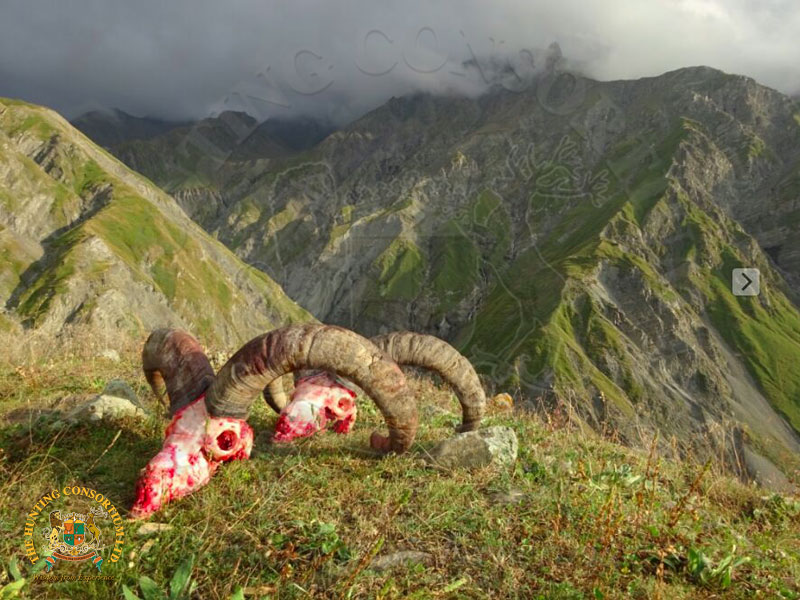 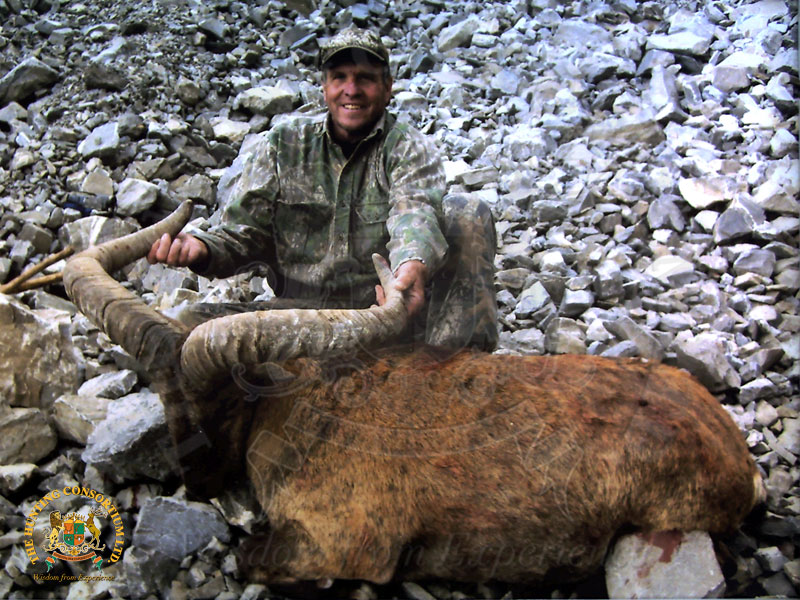 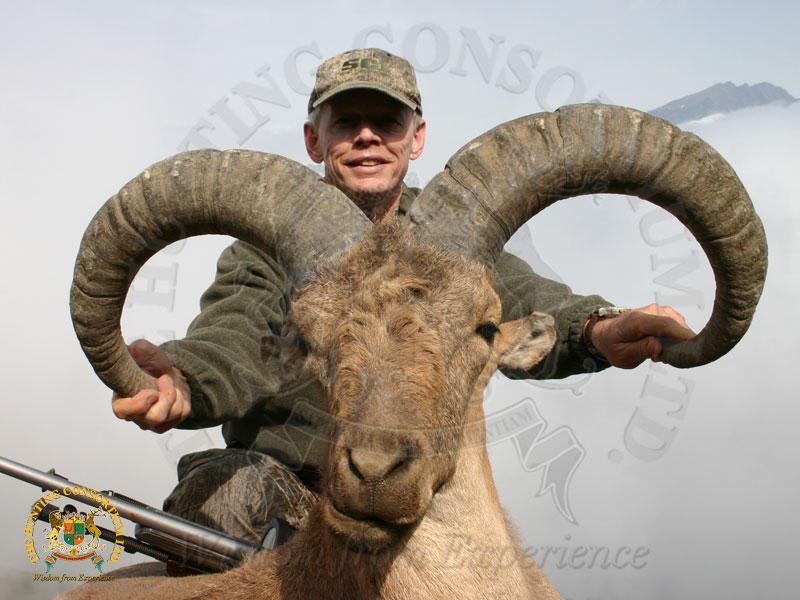 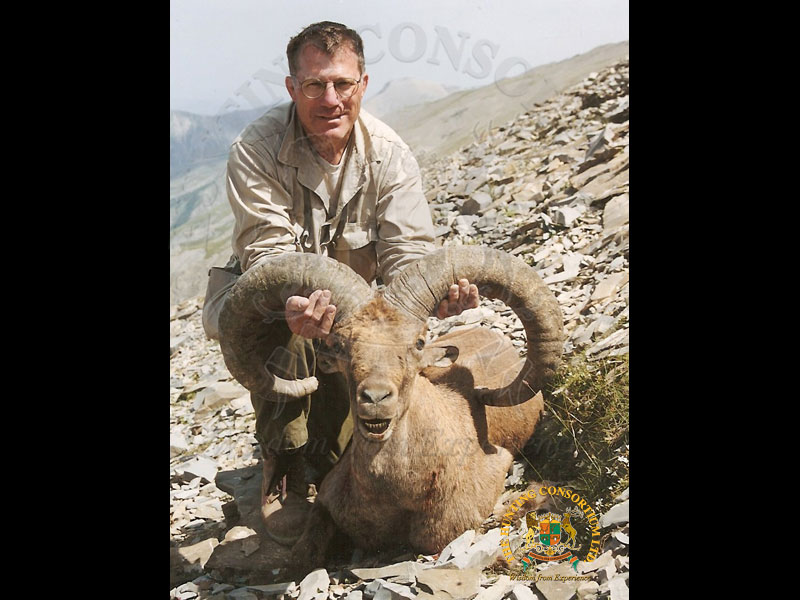 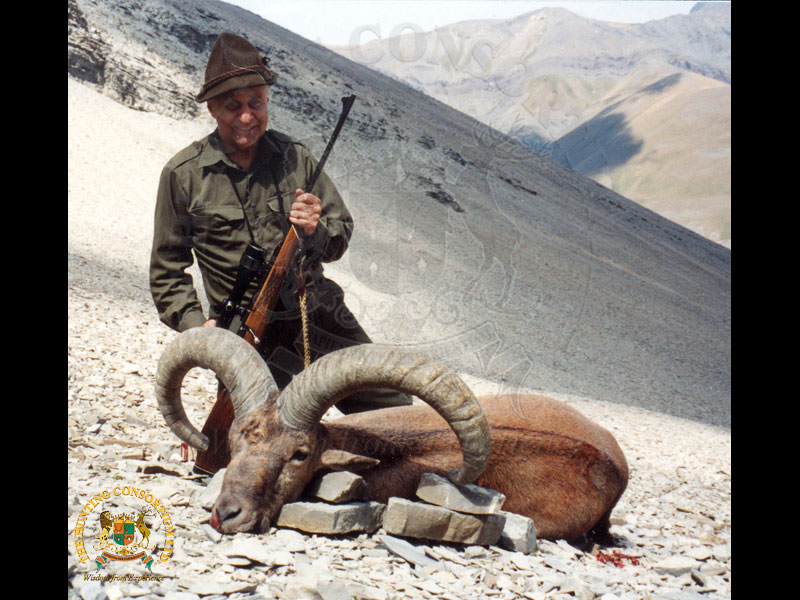 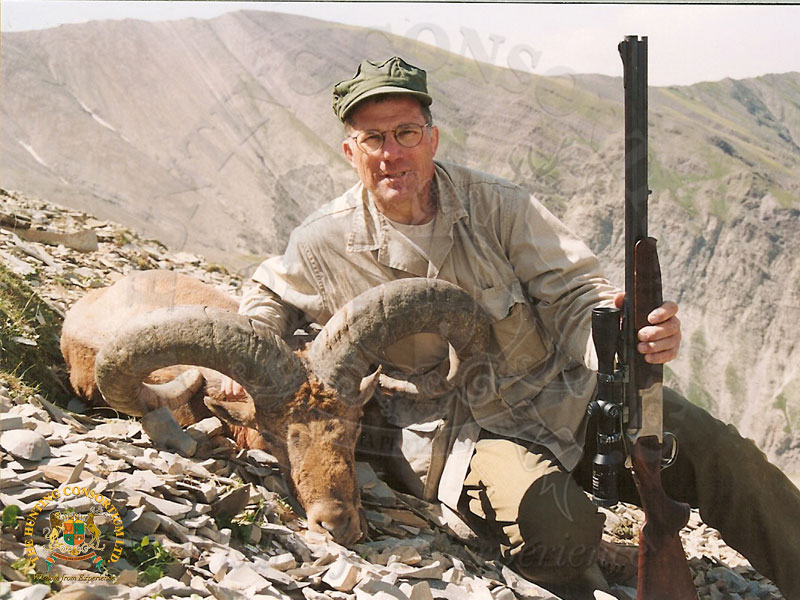 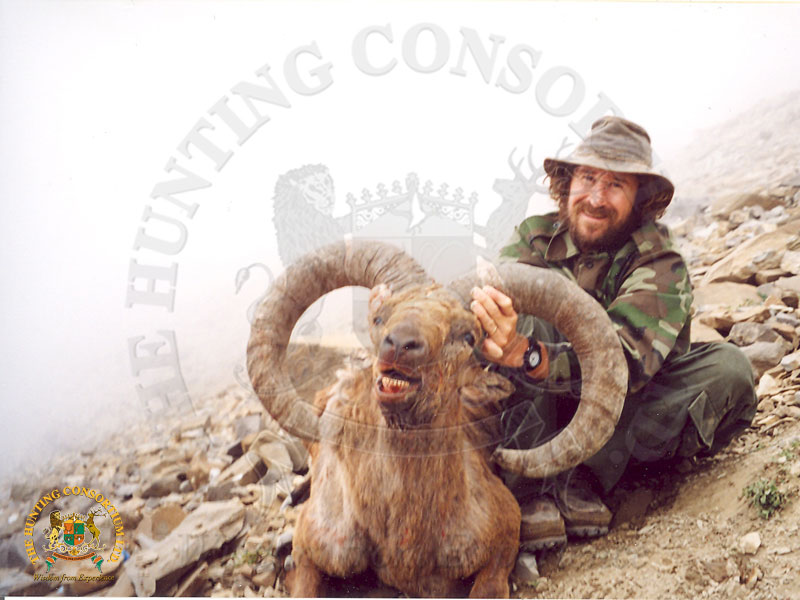 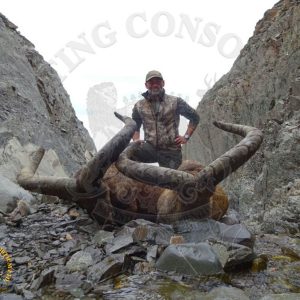 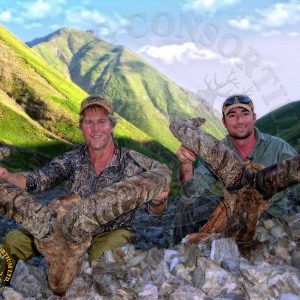 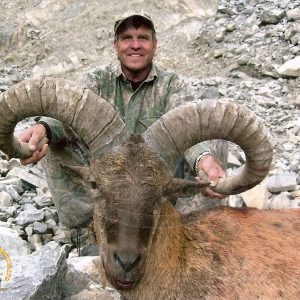 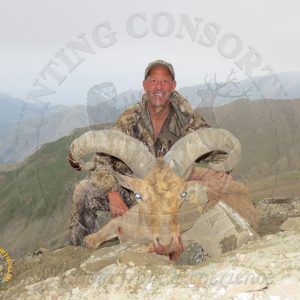 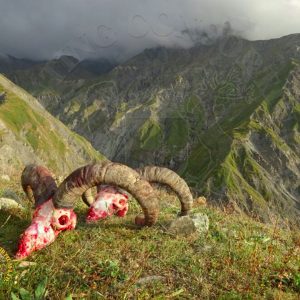 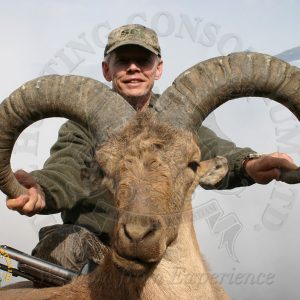 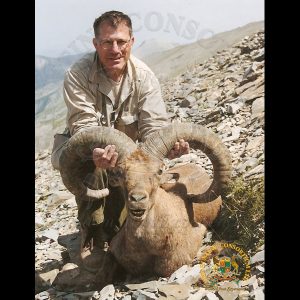 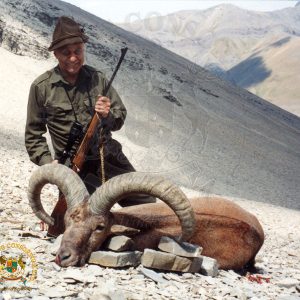 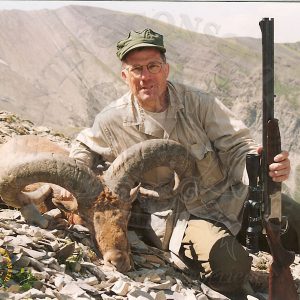 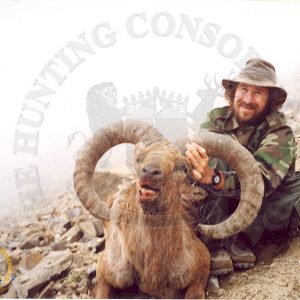