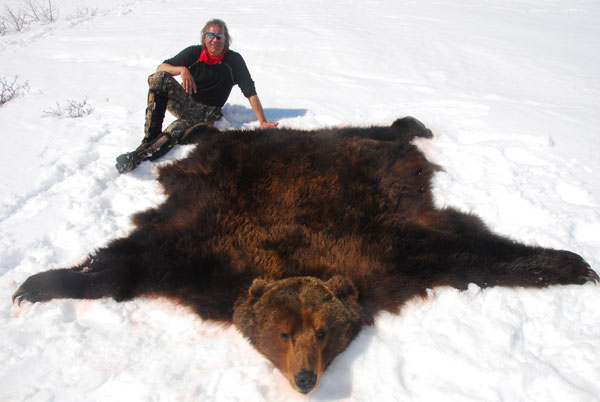 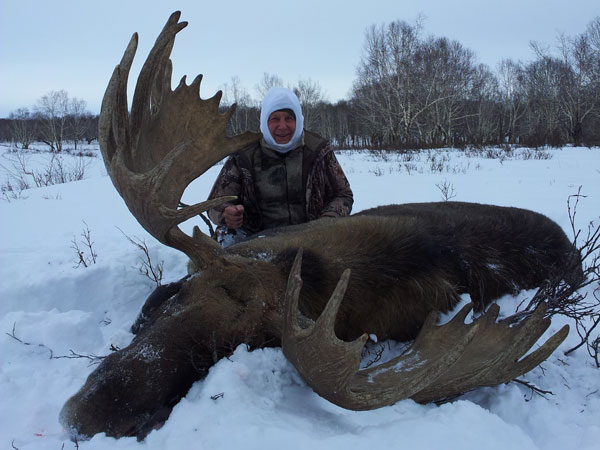 "I’ve experienced some the best hunts of my life with the Hunting Consortium. Truly awesome experiences with truly awesome representatives and staff that always took care of me from the office staff taking care of my visas and firearm permits to farthest reaches of the world where I hunted with some of the most professional guides of my hunting career. I can’t recommend them highly enough to help organize and arrange your hunts across the globe. " -Don Jacklin 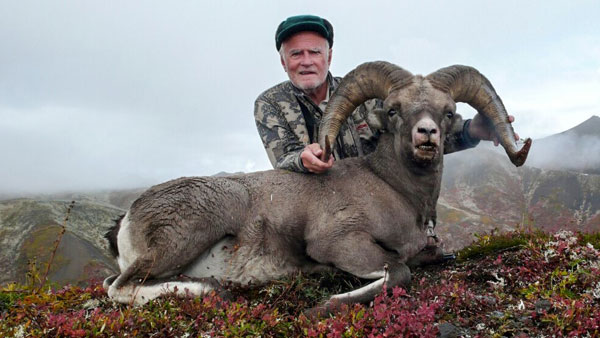 "I can rely on the Hunting Consortium for up-to-the minute current information on the most remote places on the planet and expert advice on my hunting requirements. Friendly and courteous, the service I get from them is truly first class.". -Rex Baker 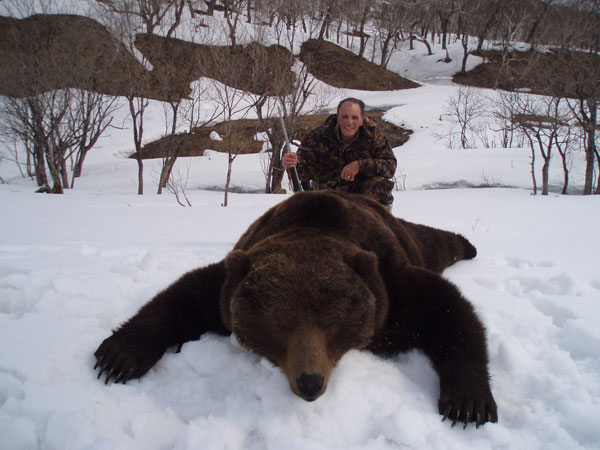 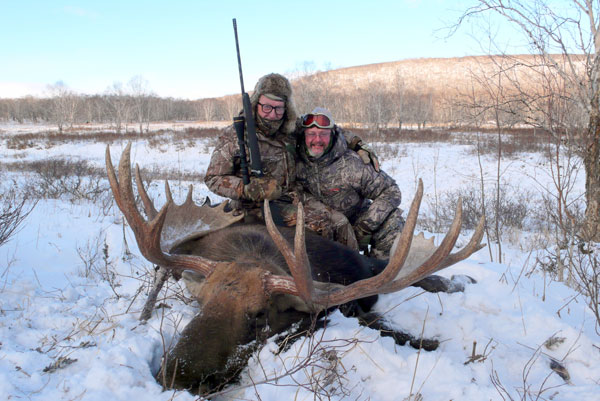 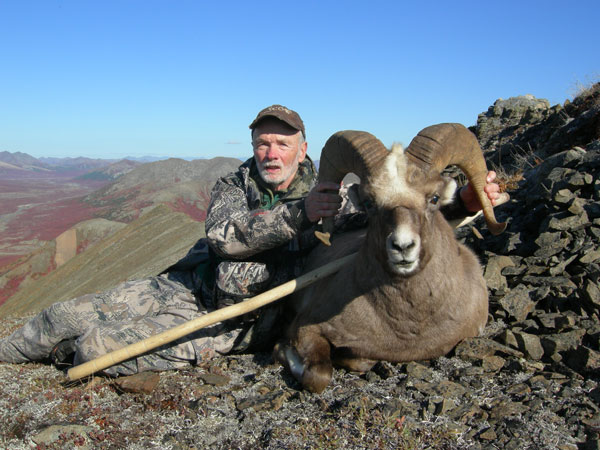 "After hunting internationally for over a quarter century, I have found The Hunting Consortium to be the most organized and thorough hunting consultants in the business. Bob Kern and his employees do what they say they will do. When you are in the field, that’s what really matters!". -Ed Yates

"Wherever in the world my hunting dreams take me, I know that Corey and Bob will have everything well-organized. Their amazing knowledge and continuous research has put me in a position to take some truly extraordinary trophies, with the very best guides in the hunting world today. Nobody knows more about the game and the world of hunting than these guys and the travel team at the Hunting Consortium is unlike any I have ever used. They know from personal experience how to get someone into and out of the most remote places in the world and they keep up with the ever-changing regulations concerning hunting, firearms and travel options. This is the most “can-do” team I have ever worked with in hunting! They have risked their reputation and their very lives to blaze your trail. If you’re not booking with The Hunting Consortium, it’s most likely your loss and someone else’s gain. You sure can’t do any better - their word is good!". -Lary Knowlton 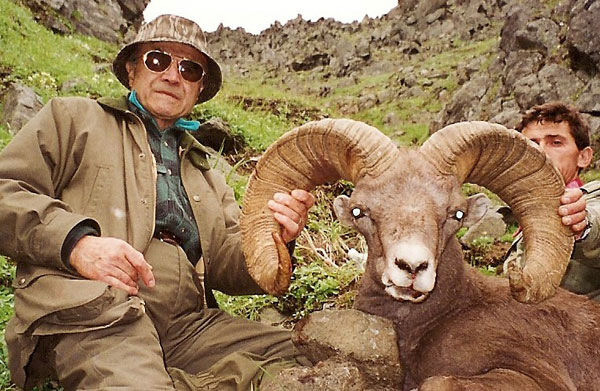 "I have had some of the very best hunts of my life with the Hunting Consortium! - their word is good!". -His Imperial Highness Prince Abdorreza Pahlavi 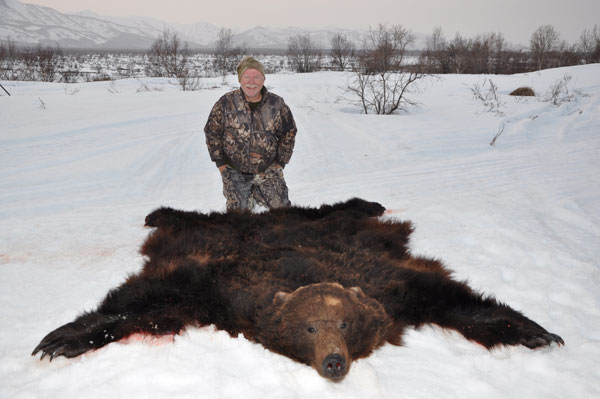 "All plans and itineraries coordinated by the Hunting Consortium were right on. Sergey Tishkevich met us at Moscow and left no stone unturned for each of us. Part of the fun of going to other countries to hunt is partaking in their culture. I was able to harvest two big bears and both bears are excellent trophies. I would say everything about the hunt was EXCELLENT and I would recommend the Hunting Consortium to anyone!". -A very satisfied client. - James Box 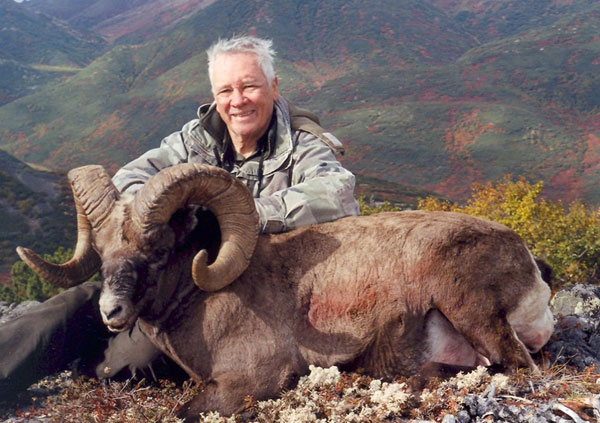 "Bob Kern and the staff at The Hunting Consortium are great! I have collected ALL of the argali sheep of the world with Bob’s expert help. He and his staff have explored extensively in Asia to help me find the very best areas for the sheep I wanted. This has resulted in several World Records. Their organization is the best I have ever seen!". -Hubert Thummler 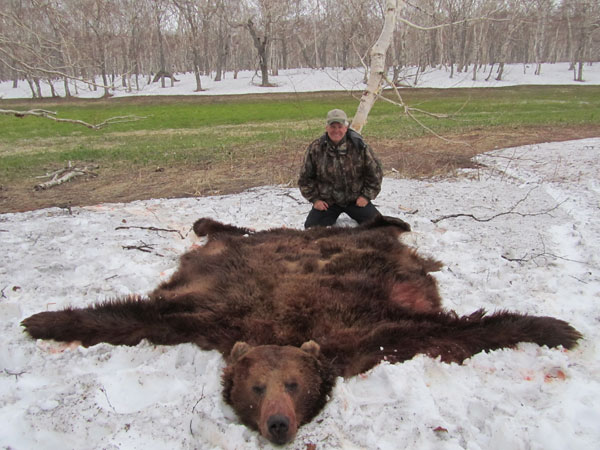 "Oleg Stupar could not have been any better. He worked 24/7 non-stop to make us happy. Hunting Consortium is very lucky to have him. I’ve had hundreds of guides in my hunting life, these were the two hardest working I have ever had. They would not stop until I got a “big” bear! We hunted 10-12 hours a day.". -Gary Ingersoll 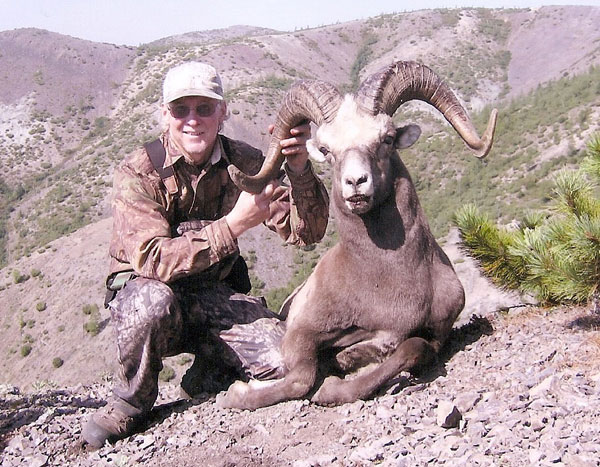 "Fellow hunters, I have had the pleasure of hunting with Bob Kern's The Hunting Consortium Ltd. many times over the past 15 years. His hunts are always meticulously planned and executed and his services are second to none. They respond to questions and requests promptly and efficiently and their office staff is very professional and helpful. Perhaps most importantly, they work with excellent outfitters and facilitators the world over, seeming to find some of the best local guides and hunters available. From the time you book the hunt all paperwork (visas, invitation letters, rifle permits,importation permits, export permits, CITES permits, hotel and airline reservations, travel insurance, etc.) will be expertly procured and competently handled by THC. When you hunt with the Hunting Consortium, all I's will be dotted and T's crossed. Rest assured and go hunting!" -George Latham Myers II

With a land mass as great as the rest of the European countries combined, stretching from the Arctic Ocean in the north to the Ural Mountains in the east and the Caspian Sea in the south, Russia (The Russian Federation) is endowed with enormous natural resources. This vast territory once included what is today the Ukraine and Belarus and was hidden to most western travelers behind the Iron Curtain for most of the 20th Century.

Russian history has evolved for more than 1,000 years. The first principality, ruled from Kiev, emerged around 911. Prince Vladimir adopted Byzantine Christianity and drifted away from the Holy Roman Empire in western Europe. Conquered by the invading Mongols in 1240, Russia became part of Genghis Khan’s empire for over 100 years, further isolating her for the West. In 1698 Russia began its return to western culture under Tzar Peter the Great, who built St. Petersburg, one of Russia’s greatest cities today, and the entry point for many hunters visiting Russia.

Hunting has held a place of honor in the Russian history and culture for hundreds of years. The country has supplied much of the world with furs and venison was a staple in the diet of many Russians even in Communist times. Today the well-managed wildlife populations provide a high quality hunting experience for visiting sportsmen from around the world and the vastly improved political climate encourages visitors to come to Russia for great outdoor adventures.

This vast country encompasses a great variety of habitats, from sub-arctic tundra and coastal floodplain in the north, transitioning into seemingly endless boreal forests. In the more temperate central latitudes there are thousands of miles of mixed evergreen and deciduous forest, mixed with agriculturally developed lands. In the south rich grasslands surround the mighty Volga River, Europe’s longest river. South of the mouth of the Volga stretches the open steppe of the Kalmyk Republic, which ends abruptly in the rugged Caucasus Mountains in Dagestan and Chechnya. This varied landscape is home to many species, some of which are unique.

The Hunting Consortium has operated in Russia for more than 25 years and has now teamed with to provide the widest array of hunting options ever offered in Russia. No other hunting tourism organization operating in Russia has such a widespread network of service representatives, or such a qualified full-time Russian staff to serve their clients. Our Russian staff is the most experienced, practiced and competent group of hunting travel professionals every put together in Russia. We offer the full range of services including assistance in immigration and customs clearance, transfers, accommodations, sight-seeing, shopping, business meetings and many other services.

For the devoted mountain hunter the rugged Caucasus Mountains present a great challenge, some of the most breathtaking scenery in the world and several species of big game unique to the region. This region encompasses the tiny autonomous republics of Krasnodar, Karachaevo, Cherkessia, Kabardino, Balkaria, Severnaya Ossetia, Ingushetia, Chechnya, and Dagestan, all within the Russian Federation.

Hunts in this wild and primitive region are true mountain hunting adventures. Tented camps are the usual accommodations, horses the usual mode of travel. Long hikes in rough terrain are often necessary, so hunters must be physically fit and able to shoot well. The most important species of the Caucasus is the Tur, a large ibex, or which there are three varieties. The norther part of the Caucasus Mountains is famous for the excellent trophy quality of its red stags and wild boar, which are found in good numbers. These mountains are also home to the Caucasian chamois. The Tur hunt can be combined with a hunt for all of these species, as well as with hunting for brown bear, and European bison, by special permit.